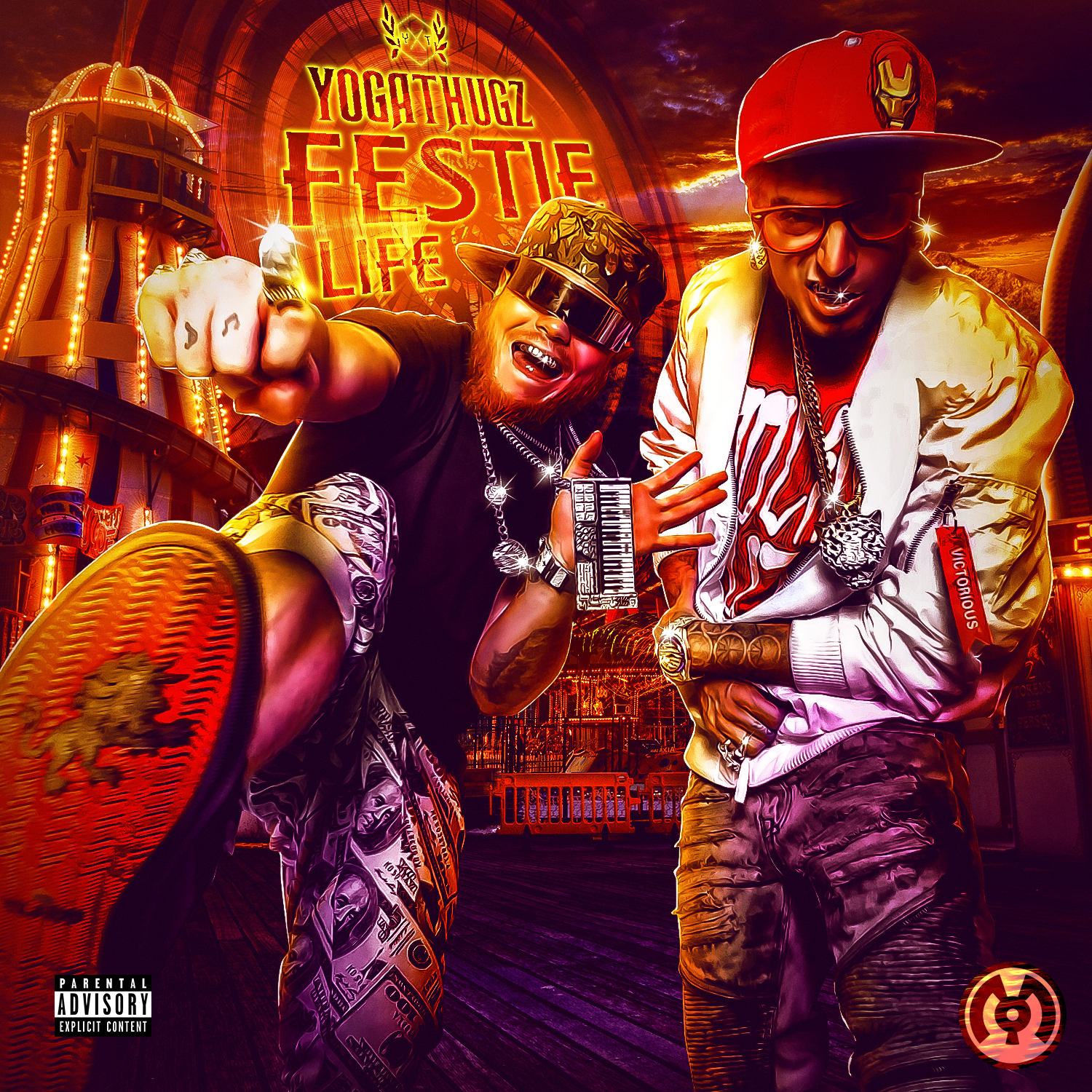 MalLabel Music is hyped to be releasing THE definitive tounge-in-cheek album of the summer this week, as California’s Yoga Thugz release the anticipated ​‘Festie Life.’

With festival fuelers Guayaki sponsoring the duo after their ​‘Dem Mates’​ video went viral in 2016, what started as a fun side project is rapidly turning into a cult classic, at once poking fun at and celebrating the priceless points of festival and ‘transformational’ culture.

What truly sets​ ‘Festie Life’​ apart is that while the lyrics may be laughable, the beats behind them are no joke. Like a 1am wander through any festival worth attending, Yoga Thugz flex their skills in top notch trap, west coast wobble bass, bass house, sample saturated mashups, turntablism, and crystal clear production. A clean, smooth ride through the hottest sounds on the edge of now.

From cruising through a sexy and untimely spill of ​ ‘Pink Himalayan Salt’​, celebrating the omnipresence of avocados and other medicinal greens in ​‘Colorado Avocodo’, ​to​ ​making light of enlightenment with ​‘Ayahuasca’​,​ ​Yoga Thugz have clearly been around the circuit, again and again. While ‘​Hula Girl’​ is a modern day sonnet dedicated to the babes of flow arts, and ‘Tangerine Trampoline’​ is a psychedelic ode to escapism and alien telepathy, ​‘Something Wrong Here’ ​and​ ‘Everything’ ​take a deeper turn. The championship round is definitely ‘​Festie Life’​ a bass heavy and hilarious hymnal in praise of all we hold true and dear of our beloved festival scene.

Lest we take our flower crowns and dusty dancefloors too seriously, Yoga Thugz have arrived as the counter culture’s new troubadours.