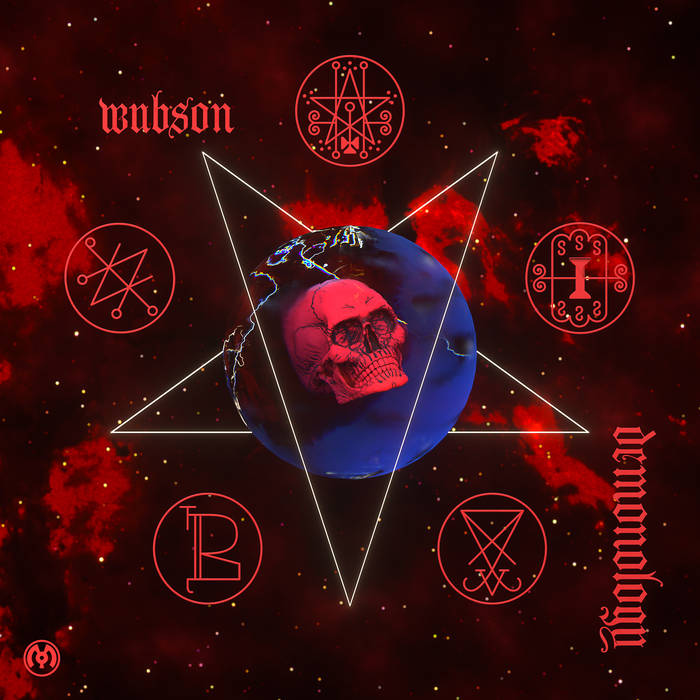 MalLabel Music is summoning the dark spirits of filthy AF bass, just in time for Halloween. Wubson’s return to the label is dark, demonic and a study of womp in all the right ways.

The Boston based producer has had an incredible year, from his epic ‘Fish Gotta Swim’ release on MalLabel earlier in 2018 to a slew of packed shows and being hand selected for the mammoth official J.French OGB remixes, Wubson shows no sign of slowing. Ever devoted to carving out his unique niche, the producer has become synonymous with exploring the dark side of the human psyche and catalyzing his music to get him through.

‘Demonology’ is as to be expected, a deep and thematic release. Paired with a sequence of videos that explore the battle between good and evil in a classic hollywood sense, this EP deserves a repeat play (or 6) to really glean the full scope of the science behind the sound. ‘Demonology’ also reads like a DJ’s winter 2019 dream; heavy womps, quick pacing glitches, wicked footwork and creative use of horns, snares and vocal samples make this a secret weapon for those dedicated to exacting the new sounds for live shows.

Make sure your system is up to the challenge before testing out ‘Demonology’, it will most certainly rattle your bass bins and has a high potential of stealing your soul.