Unknown Hero – Off To The Future 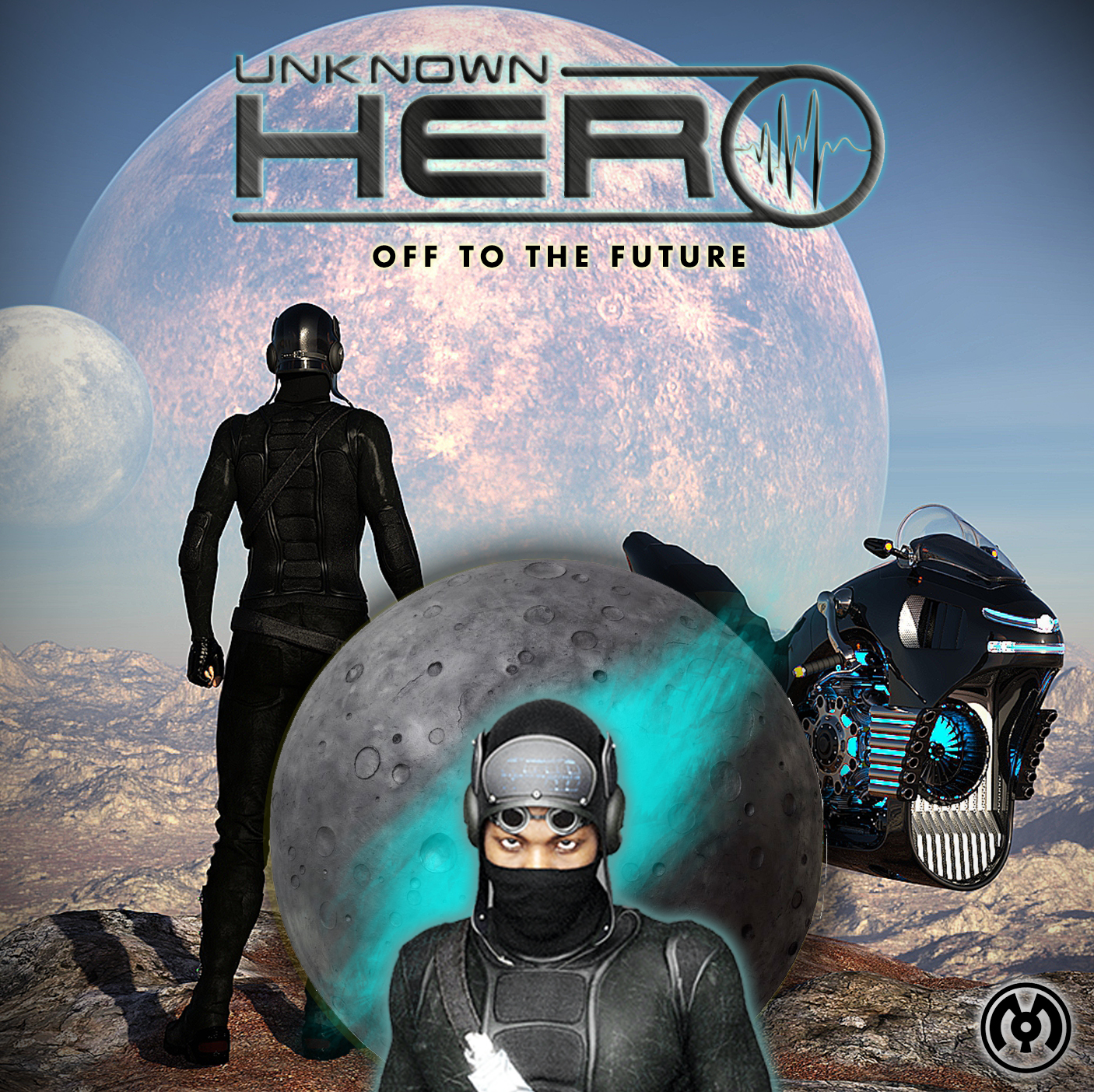 Ever ready to depart from the norms, MalLabel Music has captured the magnetic power of ceaseless heroism in this week’s release: ​‘Off To The Future​’ by​ Unknown Hero​.

Unknown Hero is a creator on a mission, determined to flip the illustrated industry on its head. A lifelong fan of comic books, anime and video games, he noticed a profound lack of representation. Dismayed that lovers of these art forms had no models of colour to look up to, Unknown Hero was set alight to create a visual and auditory fantasy that offers a richer and broader scope of futurism. Mission accomplished.

‘Off To The Future’ ​commences with the thematic ​‘WelcomeToAltarz’​,rich with rhythmic synths, sophisticated cyborg overlays and jazzy undertones. As the Hero’s journey progresses into ​‘Off to the Future​’ we are summoned to leave behind a dying world and rise into soaring horns, triumphant 808 patterns and classic hip hop instrumentals. Perhaps the most unexpected and delicious hit on the album, ‘​Catch You​’ is a sensuous and dark grimey dream of post-apocalyptic R&B. The flipped and switched ‘​Sky is Falling​’ is epic, filled with 90’s west coast hip hop influences, lip-twisting snare hits and smooth auto-tuned vocals that somehow make light of the most dramatic of human conditions. We’re floored into conclusion with ​‘I Got This’​, a wobbly, womp heavy dubstep track with clicks and glitches a plenty and righteous visions galore.

In uncertain times, we need an Unknown Hero. If this EP is any indication of the changes afoot, we’re sure to be in strong hands.