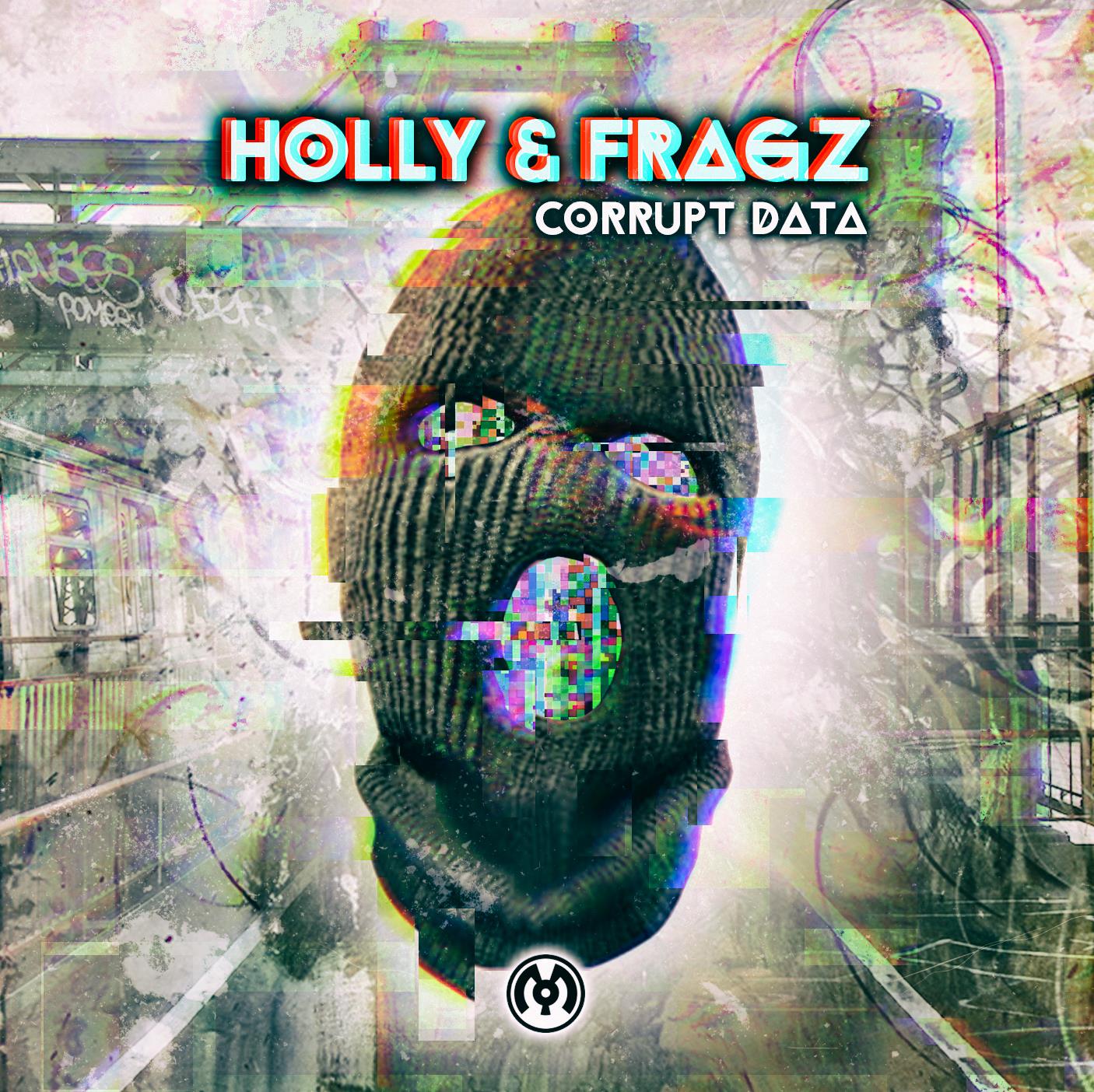 MalLabel Music is pumped this week to take you back overseas to the glitchy side of Europe’s most wanted as Portugal’s Holly & Fragz take us through a dark portal beyond the ones and zeros into bass fuelled cyberspace.

We love it when Holly comes around the MalLabel block and brings with him something we expect to be completely unexpected, which I suppose makes about as much sense as one could make trying to classify his goods. With dark, experimental sound design glitched out even further into unexpected rhythms of filthy pleasure it’s no wonder we can’t get enough. This time he’s brought Fragz with him to slay down the beats with his brand of Thrash infused, Metal-Punk Drum & Bass… Trust me, it makes sense. These are some of the heaviest in roughneck breaks booming over the pond. These boys getting together is nothing short of a menace and the resulting mash of destructive, genreless beasts looms.

Their new EP, Corrupt Data, opens up with the title track slowly breaking apart an atmospheric half time DnB riddim into a crushing glitch fest of tripped out cuts and flows over mean basslines. Next, ‘JJJ’ gets ominous in the joint (no pun intended) with tripping fields of chops and drops wrapped up and filtered just right. Finally, ‘Overheat’ takes it to the machine shop with an airy, emotional vibe thrust upon a conveyor belt through the automations that gets welded to distorted basslines and sweeping glitches. This one’s for those of us that like their bass deconstructed byte by byte and fed back to us in pieces.